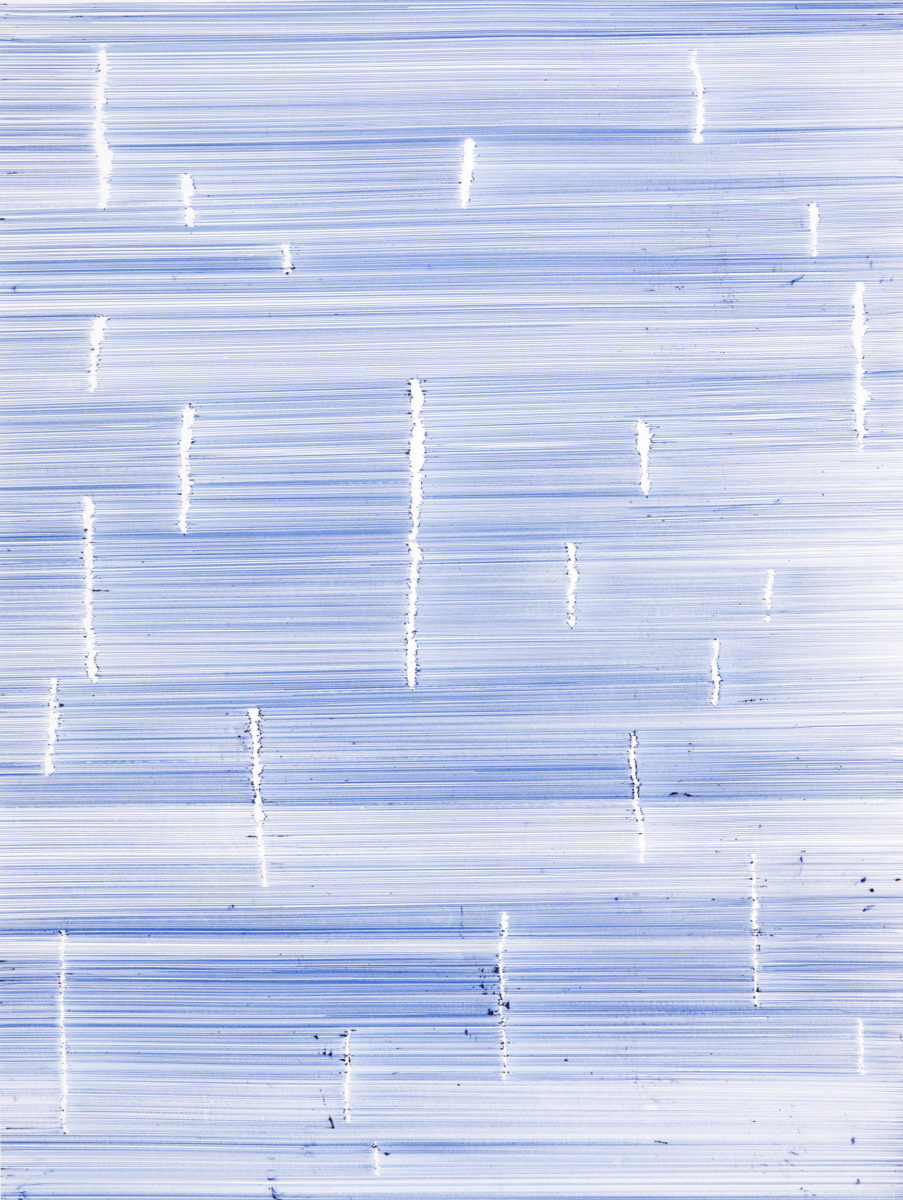 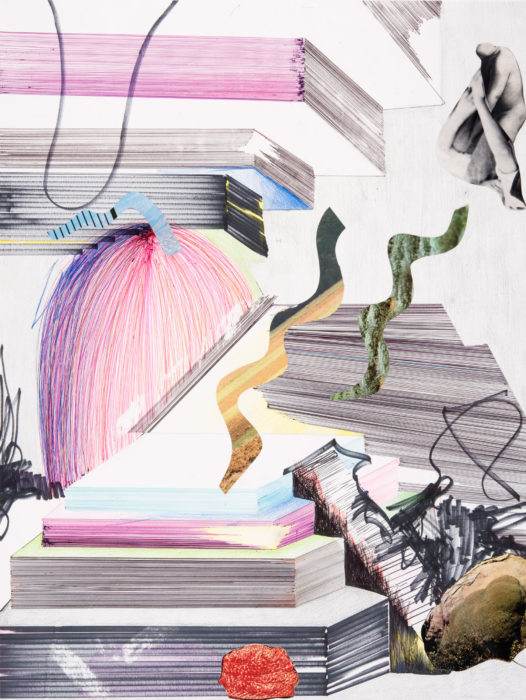 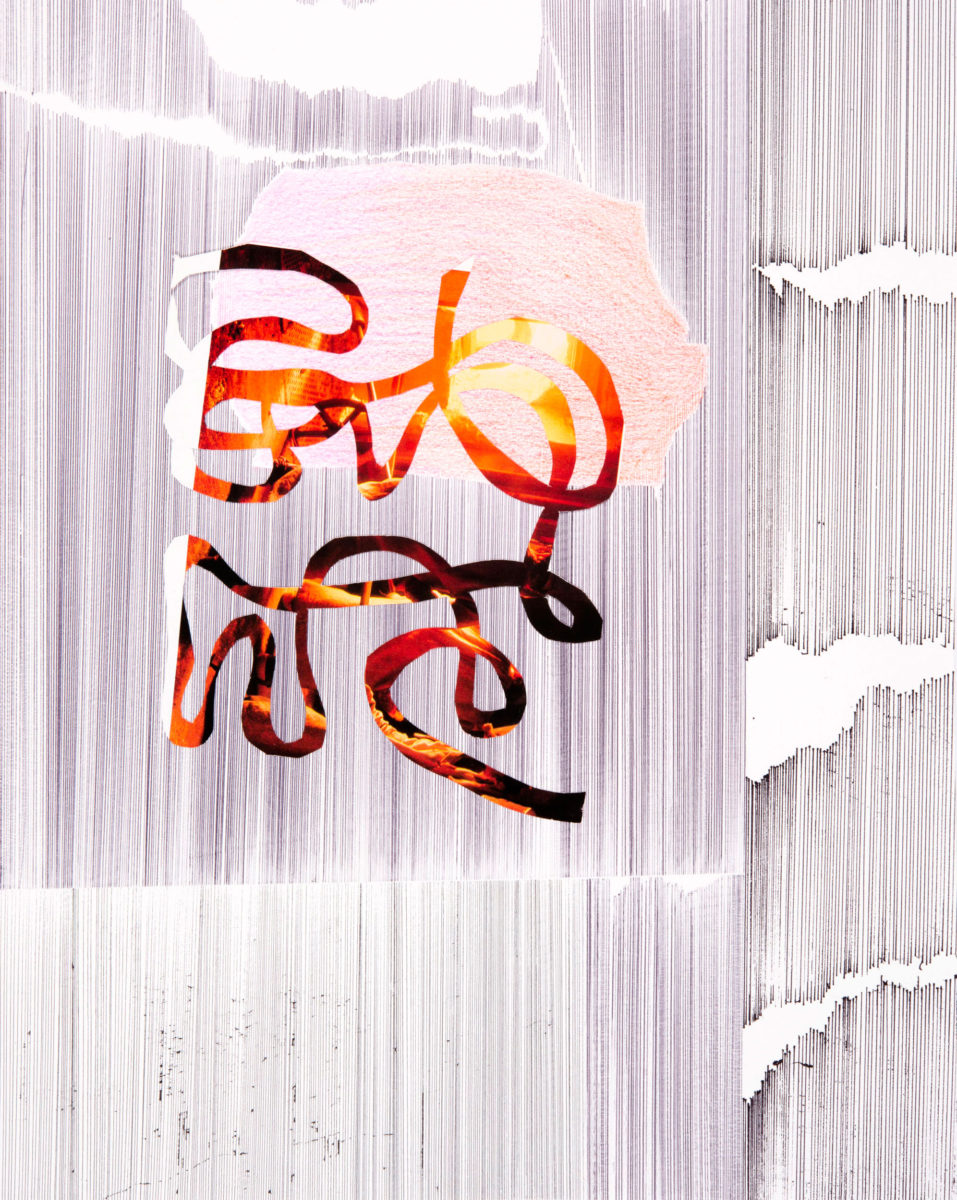 The abstract drawings immerse us into a liminal space, which no longer contains familiar points of reference. The lines seem to be floating in the air, which gives us an impression of ethereal space lacking clear forms that would give a sense of stability or orientation. There is no narrative in these works, they draw the beholder in, provoking a direct reaction.

The sheet of paper is being filled one line at a time and thus constructs a space which appears to go beyond the edge of the work. The drawing of the line is similar to the process of printing or scanning. Blank areas of the drawings play an important role. They arise in the process without using a stencil, they are ‘mistakes’ that develop their own dynamic and manifest unpredictable results. Blank spaces appear as cracks, through which the light can get in and, thus, the lines can be perceived as a veil which simultaneously conceals and reveals the source of light.