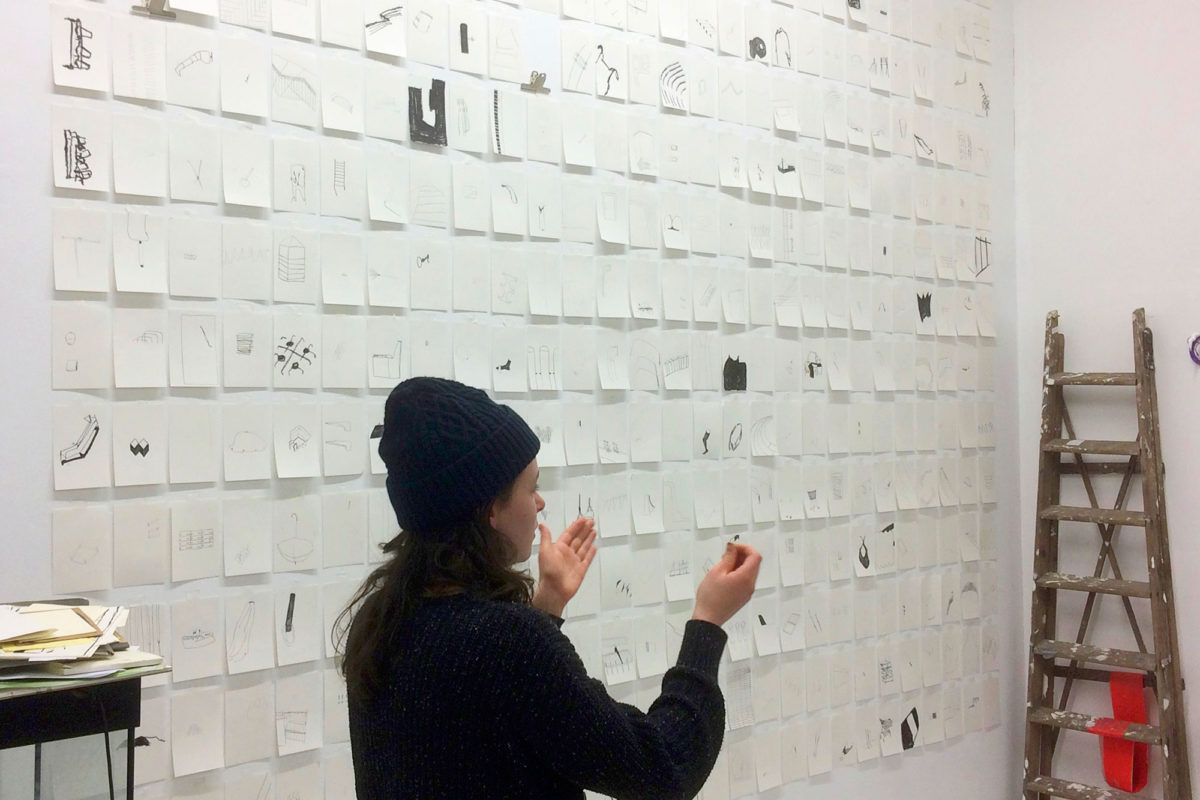 With sweeping gaze, Rahel Goetsch roams the cityscape, collecting drawing fragments that turn up on her walkabouts. Armed with a stack of small format paper, she embarks – absorbed and attentive at once. She speaks of play, of borders, of a ping pong kind of an interplay between paper and world, which she attempts to capture with her drawing pen. The work, which she is presenting today in a dense block, does not shy away from a sporting gesture.